A Return to Rural, The Farmhouse Style Craze 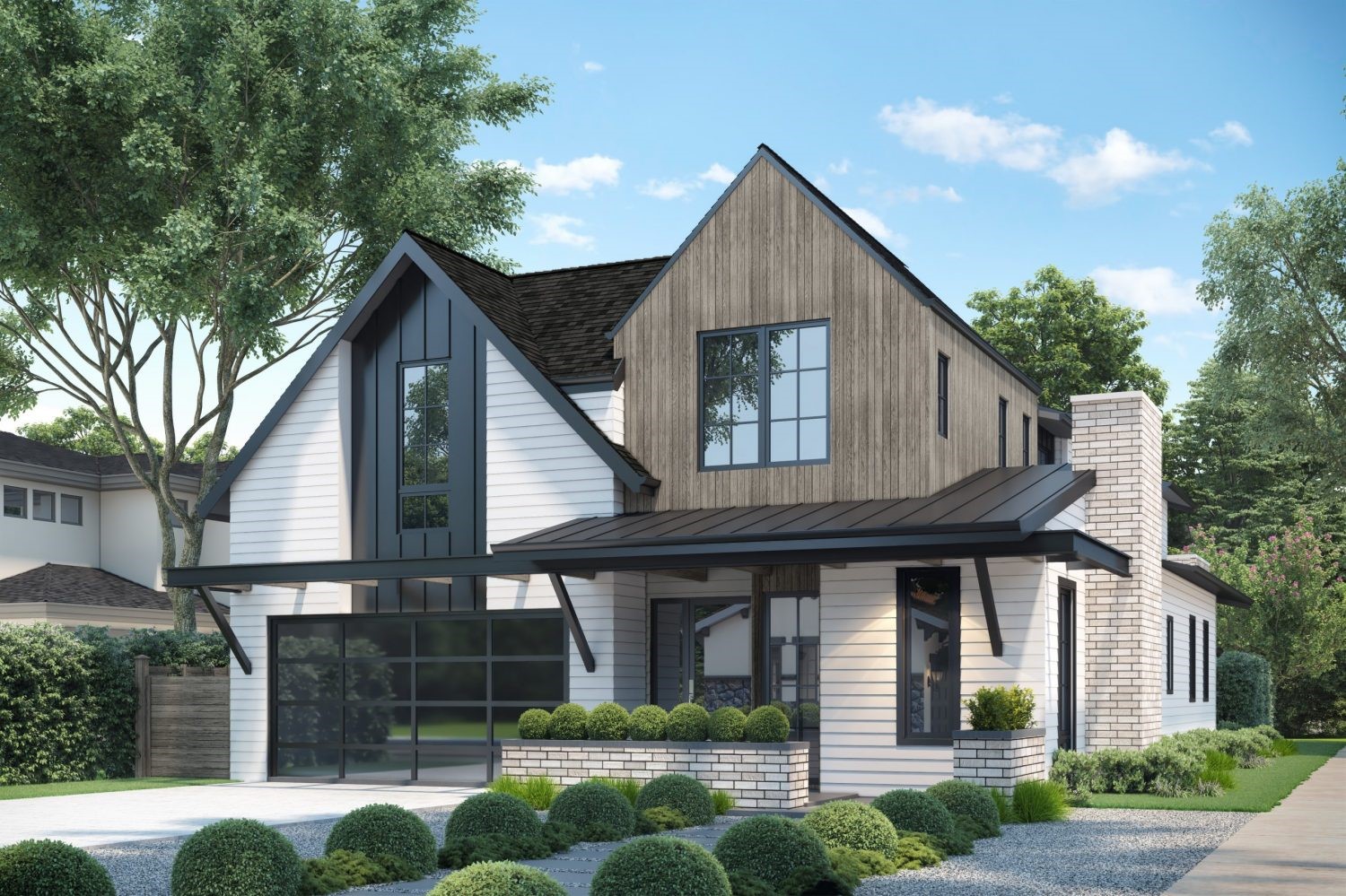 Elements of the farmhouse style are ubiquitous in the contemporary home.  One can expect to find a mudroom with a shiplap wall and cubbies and a living room with burlap-wrapped mason jars atop floating shelves. A dining room wouldn’t be complete without a reclaimed wood table, and a common sight in the kitchen is a sunken apron sink and kitchen island with metal industrial light fixtures above. Despite its roots in the countryside, the style is just as popular in homes in the city and suburbs. The farmhouse style is trendy as it is nostalgic and is here to stay. What has led to the craze for the farmhouse style?

The style’s origins go back to the pastoral farmlands of Europe and made its way to America in the early 18th century by the Colonists.  The early farmhouse was simple in functionality and form as it catered to farming families. Because of the home’s remote location on the farmlands, local wood and natural stones were common building materials. This in turn made the style affordable and easy to build. It featured a rectangular plan with large porches, lap siding, wood floors, doors with wrought-iron hardware, and a central fireplace that retained heat in the home. Over time, the American farmhouse splintered into several regional variations and adapted to its location. In the American South, large wraparound porches are common for cross ventilation in the hot and humid summers. In the Northeast, Dutch doors were needed for security and to introduce fresh air and natural light into the home. The farmhouse style’s long history and widespread outreach across the American landscape to the present day has created a nostalgic look and feel of a “home”.

The style’s nod to a simpler life has made it a popular choice during financially unstable times.  Following the recession of the late 1980s, interior designer Rachel Ashwell created the “Shabby Chic” style to counter “the financial excess of the decade” (Warthen). The style embraced vintage wicker furniture, monotone-colored slipcovers on sofas, and flower arrangements found on the wallpaper and in vases. The style encountered another surge in popularity after the September 11th attacks. As the nation was reeling through tumultuous times, the rustic chic-trend was warmly welcomed (Warthen). What made the style so welcoming is that it embraces the idea of barn life – a reflection of simpler and calmer times.

Christopher traveled extensively growing up, which led to a passion for studying the diversity of the built environment. He excelled at the Univ. of Colorado & earned the AIA Henry Adams Medal. Chris’ architectural focus is tailored to single-family production and custom homes.